Report from Krumhuk in January 2022

As I write this report, we can record the first big rain on Krumhuk. What a great joy! The last rainy year 2020/21 was already very good. With a total of 500 mm of well-distributed rain, a lot of grass grew and the soil got a good cover. The cattle herd, which in the meantime had grown to 230 head after the drought, had more than enough to eat. So Krumhuk was able to have a good hay harvest again. In February, Christiane and Ulf finally handed over the responsibility of the entire farm operation to the new team Jerry, Nikolai and Clemens. Christiane is still very involved in the Waldorf School in Windhoek and Ulf was asked by the new team to keep some smaller tasks. He also takes care of the leased farm Eichenbach in the north, the foundation 21 Krumhuk, the school in Aris and more intensively the beekeeping in Krumhuk.

There was a big scare in October when a big field fire coming from Windhoek destroyed 75% of our grazing land. Due to a very strong wind during the days it was impossible to stop the fire. The homestead with its cow pastures, the Golden Meadow and the southern part of the farm were spared. Krumhuk is grateful that no people, buildings or animals were harmed. 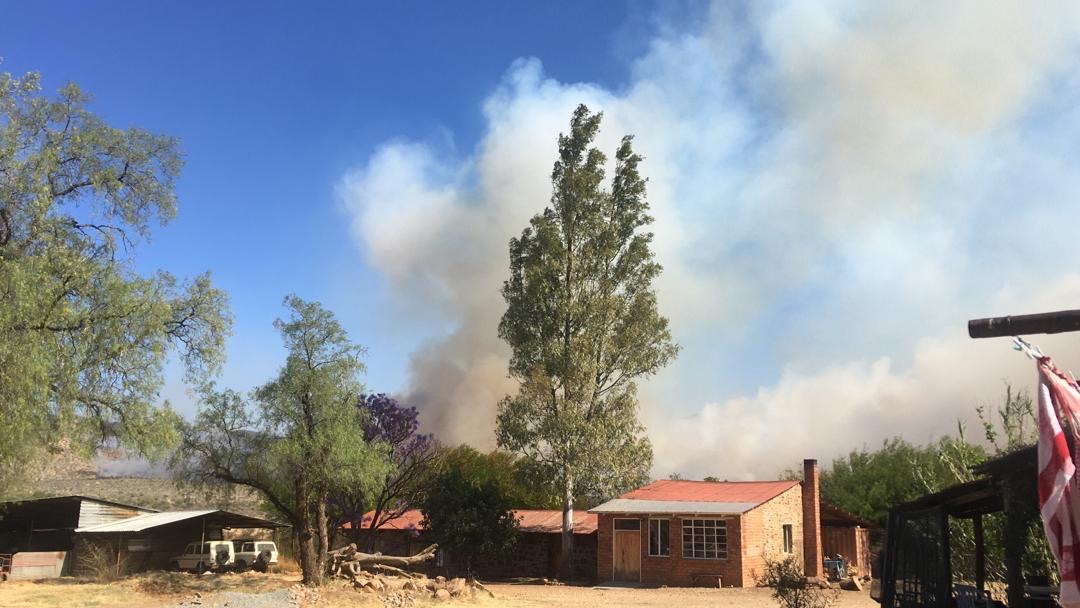 Thanks to the good rainy season, the part of the farm that was spared has enough fodder for our few cattle and the game. By applying the biodynamic sprays, we are now helping the scorched earth to regenerate, hopefully when the rains continue.

The Krumhuk homestead has to adapt to a better and more effective use of the water from the boreholes. The main borehole is no longer as productive as it was and 2 new boreholes were unsuccessful. It will be exciting to see what new measures the farm will come up with in the coming year. 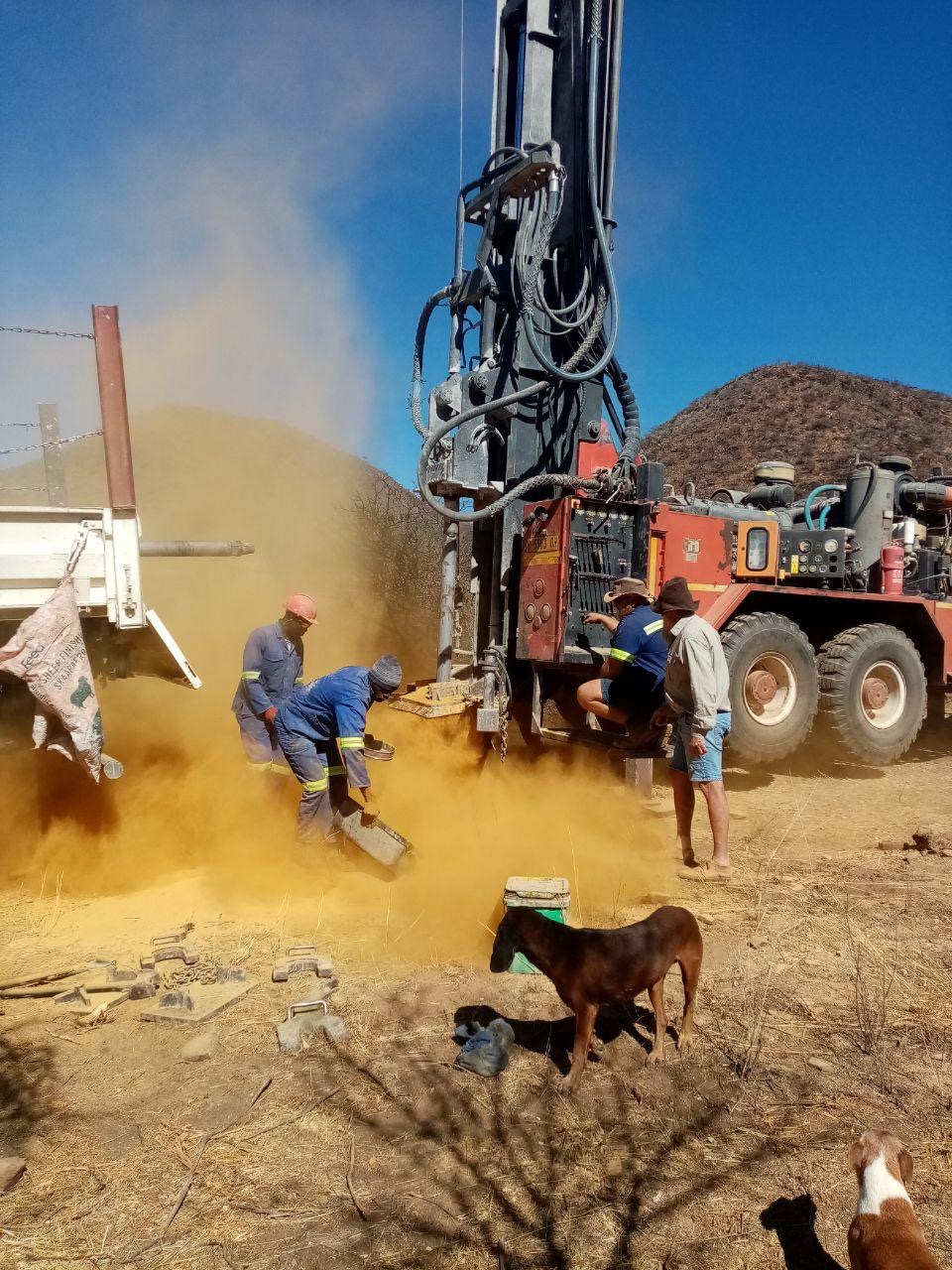 Exciting is a new initiative on Krumhuk led by Clara, Leo, Virginie and Christiane. It is the Hooves & Gardens project, stationed in Aris, on the site of the original rural school farm. This is firstly about horses, riding lessons and interesting rides for guests, secondly about vegetable production and animal husbandry of pigs, chickens, ostriches and a future shop, and thirdly about a restaurant. How nice to see how this area is now being revitalised. 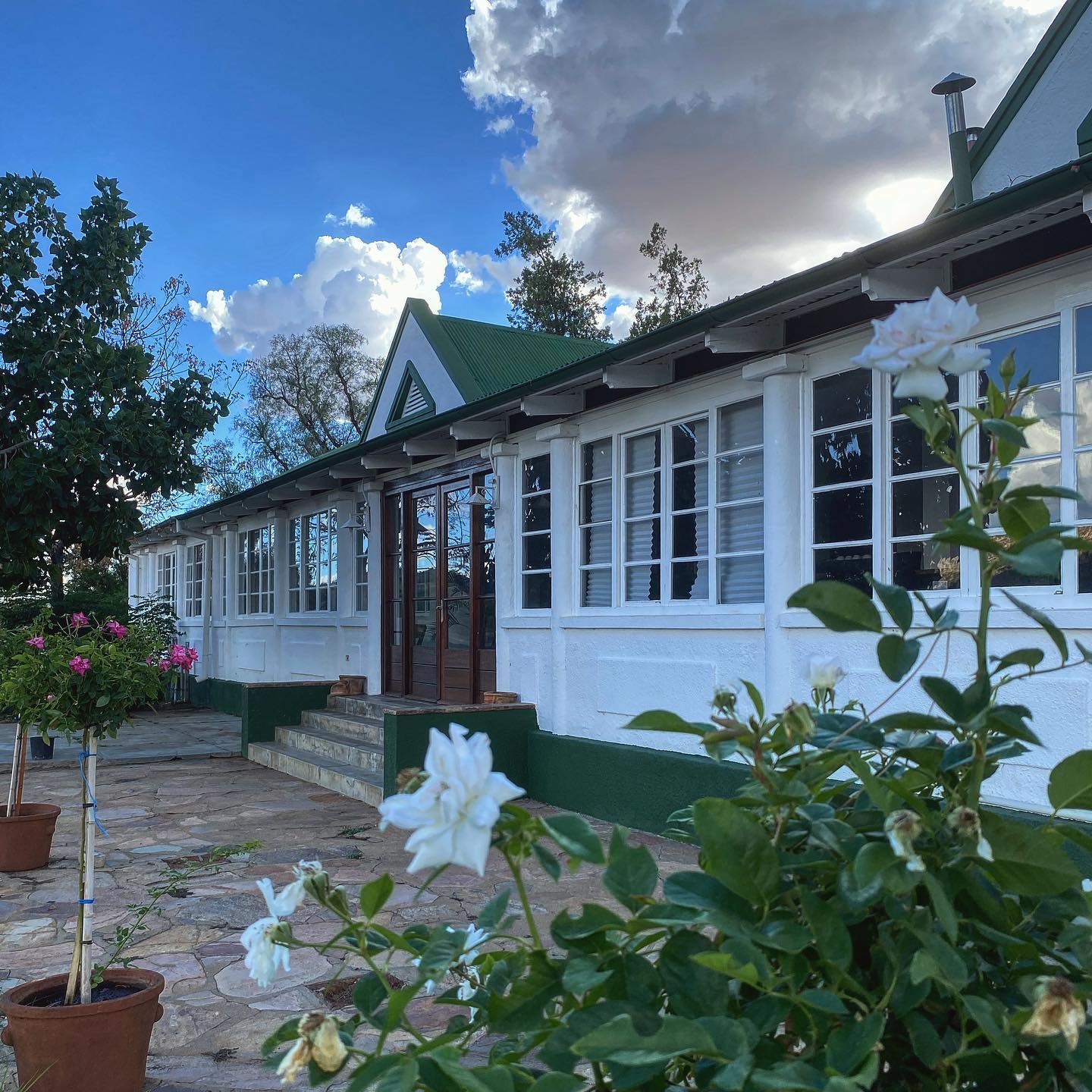 Two dear people have passed away in Krumhuk this year. Mathias, our gamekeeper and hunting guide, at 65, and Millikie (Tusnelda), our cook of many years, at 71. Both have left a deep mark on the farm.

Our art workshop, also called cottage industry, has now closed after almost 40 years of existence. The reason is the decline in tourism and there is no one to continue it. In many of our houses we will remember the old coasters, mirrors, etc. of this project.

As some things fade away, some new things are being built at the Krumhuk homestead. The farmhouse has been converted into a farm shop and a new flat for guests has been built next to it. The Meier-Stauffer family has made it possible to build a fourth guest house, which they themselves will partly occupy. Then a new pigsty was built, in which the first three local pigs are now growing. And just now at the end of the year, the conversion of the old home industry has begun, where a classroom for the new place of learning is being built.

And this brings us to a new project that is in the making in Krumhuk: a learning place for children from first to fourth grade, focusing on a new, very hands-on teaching method in the countryside – on the farm. The opening of the new learning place took place on 22 January 2022.

Knowing that there are many people whose thoughts are always very close to Krumhuk’s happenings, we wish everyone a healthy and happy new year.

This website uses cookies to improve your experience while you navigate through the website. Out of these cookies, the cookies that are categorized as necessary are stored on your browser as they are essential for the working of basic functionalities of the website. We also use third-party cookies that help us analyze and understand how you use this website. These cookies will be stored in your browser only with your consent. You also have the option to opt-out of these cookies. But opting out of some of these cookies may have an effect on your browsing experience.
Necessary Always Enabled
Necessary cookies are absolutely essential for the website to function properly. This category only includes cookies that ensures basic functionalities and security features of the website. These cookies do not store any personal information.
Non-necessary
Any cookies that may not be particularly necessary for the website to function and is used specifically to collect user personal data via analytics, ads, other embedded contents are termed as non-necessary cookies. It is mandatory to procure user consent prior to running these cookies on your website.
SAVE & ACCEPT
Go to Top